Bodywork as a self-knowledge method – Q&A

WHERE DOES THE TERM „BODYWORK” ORIGINALLY COME FROM?

This self-knowledge group method has its roots in different dance and movement therapeutic methodologies. It was named Bodywork by its founder Nóra Pecsenka as it is the work of consciousness in the body. Also, Bodywork has a philosophical and spiritual background similar to Byron Katie’s The Work.

In English-speaking countries, the expression of bodywork (like this in lowercase) covers many different therapies and techniques in complementary medicine which involve touching and moving body parts, thus, massages, manipulative therapies, breath work and the promotion of body-mind awareness.

WHAT KIND OF APPROACH IS BODYWORK BASED ON?

Bodywork is fundamentally formed by Nondual philosophy and Integral Psychology. By understanding the development of human consciousness, techniques are selected to match the given section of consciousness.

IN WHICH AREAS CAN WE USE BODYWORK?

Compared to other dance and movement-based methodologies, Bodywork has a predominant focus on the border between existence and non-existence. We facilitate self-knowledge processes in which participants can experience presence and consciousness in the body, mind and emotions as well as in human movement and touch.

We can enrich our potential as human beings: we will gain a deeper understanding about the merits of being in a human body and about the responsibility for our actions and relationships.

We support individuals on their journeys, in which they can cross and move around the complete realm of consciousness between conception and death, or to put it with other words, between the fall from grace and homecoming.

WHAT HAPPENS IN A BODYWORK PROCESS?

By moving, touching and being touched, we might uncover earlier experiences that have their traces in our body. By processing these memories, we can manage current blocks. In this method, we focus on both intrapersonal and interpersonal dimensions. The most important elements of this method are: arrival in the body, group formation, search for resource (trust, self-power) and the integration of the various parts of the self and also of consciousness. After each process, there is room for verbalization and the cognitive realization of the very experiences.

WHO IS BODYWORK ADVISED FOR?

Bodywork is advised for everyone with a healthy personality and for those who are spiritual seekers. In case of mental disorders,  the Hungarian Association for Dance and Movement Therapy can provide adequate and secure facilitation. 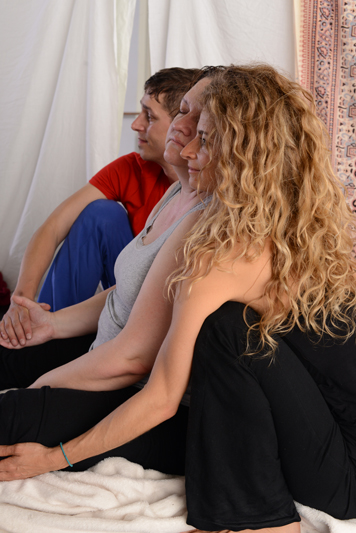 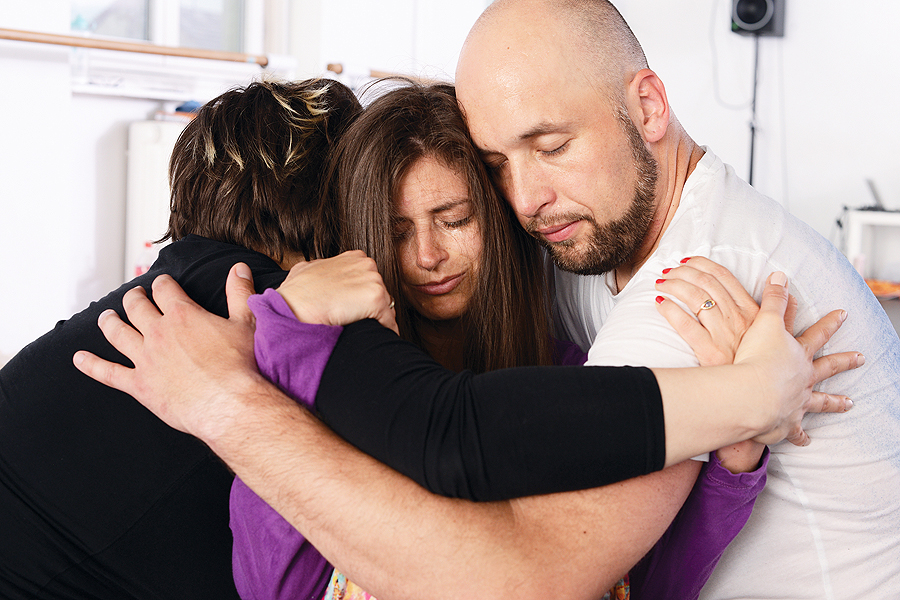 Send me information about the upcoming groups
If you would like to receive information about our future groups, please click the button above and give us your name and email address.
Az oldalunkon sütiket használunk, hogy javítsuk a felhasználói élményedet. Ha nem járulsz hozzá, akkor böngésződ segítségével kapcsold ki ezt a funkciót. Elfogadom Hogy tudom kikapcsolni? Adatkezelési tájékoztató
Adatkezelési beállítások

This website uses cookies to improve your experience while you navigate through the website. Out of these, the cookies that are categorized as necessary are stored on your browser as they are essential for the working of basic functionalities of the website. We also use third-party cookies that help us analyze and understand how you use this website. These cookies will be stored in your browser only with your consent. You also have the option to opt-out of these cookies. But opting out of some of these cookies may affect your browsing experience.
Necessary Always Enabled
Necessary cookies are absolutely essential for the website to function properly. This category only includes cookies that ensures basic functionalities and security features of the website. These cookies do not store any personal information.
Non-necessary
Any cookies that may not be particularly necessary for the website to function and is used specifically to collect user personal data via analytics, ads, other embedded contents are termed as non-necessary cookies. It is mandatory to procure user consent prior to running these cookies on your website.
SAVE & ACCEPT
Örülünk, hogy érdeklődsz!